The 5 spots of Bardenas Reales that you cannot miss 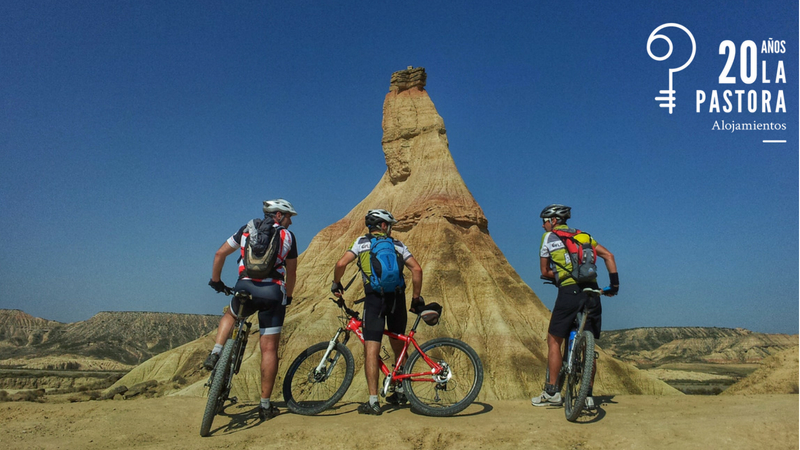 The Bardenas Reales are a unique space in Spain and of dimensions (more than 40,000 hectares) that make it difficult to know it entirely. We wanted to choose 4 emblematic places that we consider essential when approaching them for the first time.

Quite possibly, the Castildeterra is the most photographed element of Bardenas Reales. All an icon that explains, in a glance, how the clayey and sandstone strata alternate and how, the latter, protect those from erosion.

A piece of sandstone miraculously resists fragmentation while maintaining an impossible balance. 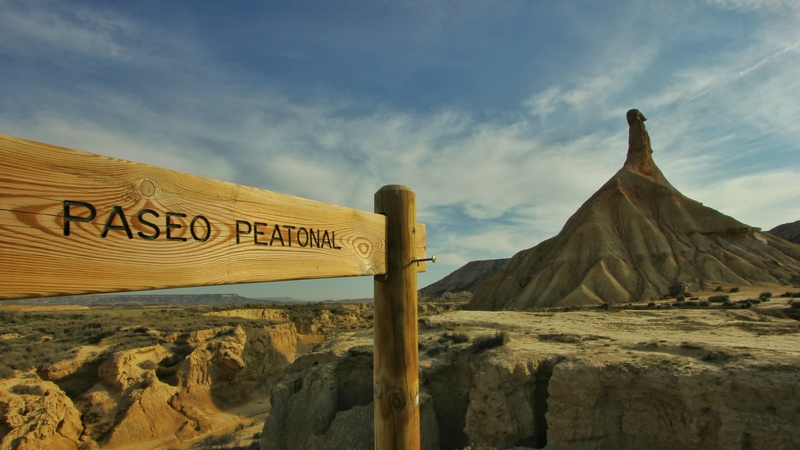 2.- Monument to the Shepherd 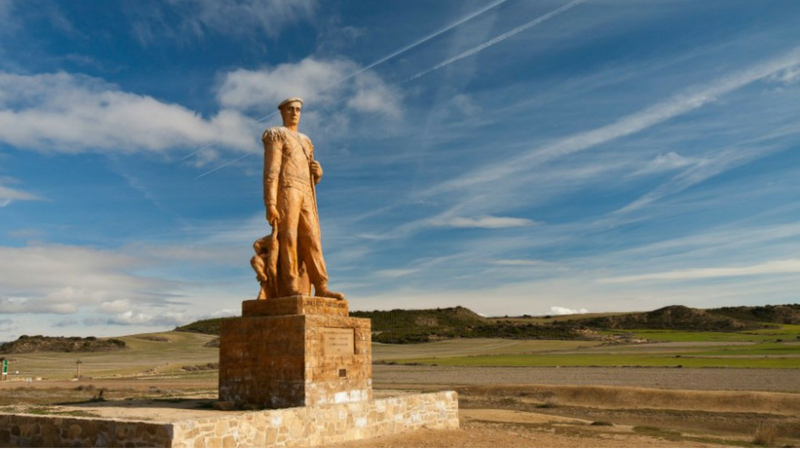 More than the statue itself, the relevance of this monument is given by what it represents. For centuries the surrounding towns (with right to profit) can graze with their cattle in Bardenas. In the case of the valleys of Roncal and Salazar, this has given rise to transhumant movements that still exist today and that have conditioned the life of these farmers.

Every year, on September 18, a small festival commemorates the official entry of cattle for the winter.

The formations in the form of a flat wheel are frequent in the Bardenas. Of all of them El Rallón is undoubtedly the most impressive. An immense flat with the edges cut to peak giving rise to walls of vertigo. 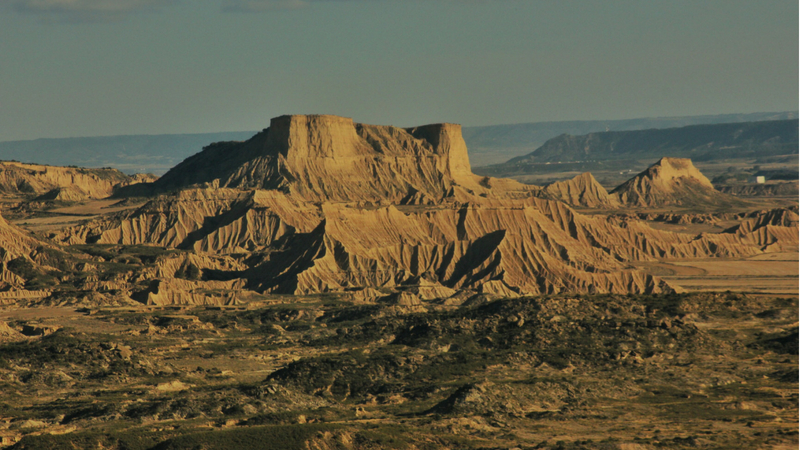 Keep in mind that the environment of El Rallón is an area whose access is prohibited from March to August.

Since the Bardenas Natural Park corresponds to the Navarra community, it is often forgotten that there is also an Aragonese Bardena. Of its many charms, we stay with the Ralla de la Negra.

It is a large vertical cliff that is an easy sighting spot for numerous raptors and other small birds.

Although  strictly does not belong to Bardenas but to the municipality of Valtierra, this kind of oasis was declared a Natural Reserve in 1987. Between pine forests, oaks, junipers, etc. it contains the remains of the “Castillo de Peñaflor” or “Castillo de Doña Blanca” that, like any good castle, It has its own legend. 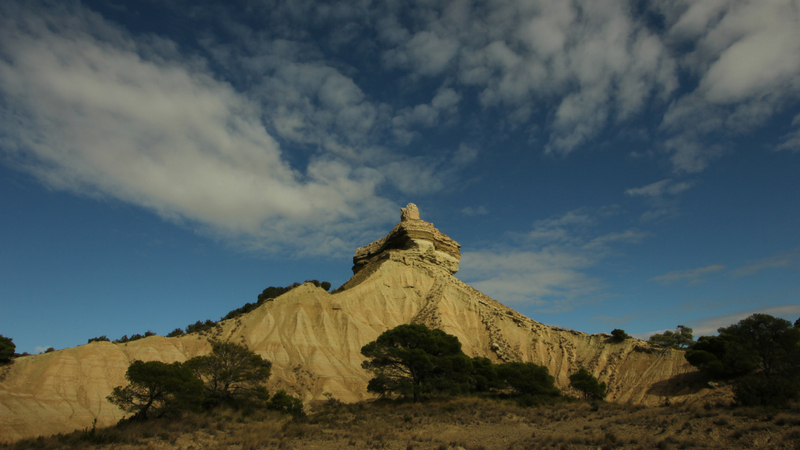 At Alojamientos La Pastora and with the help of Rutas Prepirineo we can offer you all the information to discover these incredible areas.